A downloadable game for Windows

Howdy, here is our newest test-ready pre-release. We carefully listened to all of your remarks and implemented into our gameplay. Additionally we added the brand new music by Philip Sturgill, new sound design and new enemies. So here it is, we hope we improved and will be able to release the full twenty stage game later this year. Enjoy and feel free to comment, we appreciate having your voice as a part of our development.

Heidelberg 1693 is a 2D action adventure set in the area of Heidelberg in the late 17th century.

The year is 1693: War engulfs Europe as France, led by the illustrious Louis XIV, battles the Grand Alliance. Also called the Sun King for his luxurious tastes and extravagant appearances, he is driven by the belief that the sun – his sun – should shine upon all peoples of the world. His enemies are as numerous as the stars but it is the moon that reigns the night. Poisoned and left for dead, Louis’s bastard  son emerges from the smoke and ashes of Germany’s battlefields under the guise of the Moon King. Hatred festering in his heart, he has employed the aid of diabolical and forbidden sciences to build an army the likes of which the world had not seen since the days of Lucifer’s rebellion.

Now the dead rise from their mass graves, seeking vengeance upon the king that demanded their deaths while he basked in glory. Can you, the Sun King’s bravest musketeer, stop the approaching eclipse before it swallows the sun?

Development on the game began in January of 2018. The feature we worked the longest on is the musket. There was hardly a precedent from other games for a similar mechanic, so we could not simply take an existing mechanic and put our own spin on it. Instead it was necessary to dive into and really understand the 17th century in order to transform the historical rules of early gunpowder weapons into a viable gameplay mechanic for a 2D action platformer. We spent a lot of time visiting museums and poring over books in order to make the game as authentic as we could.

The goal of this demo is to conduct one final test before the game will be released.

The core gameplay revolves around timing actions, such as attacks and jumps, in order to prevail in combat and survive the relentless onslaught.

It is important to understand enemy patterns in order to exploit their behavior. Taking advantage of enemies causing friendly fire is the key to success.

The Moon King's army is not composed of conventional soldiers; these are the living dead, and simply killing them once is not enough to guarantee their surrender.

There is only one antidote against the cancer of undeath: gunpowder and shot. Landing the killing blow with your musket will tear apart the body and make further resurrection impossible. Keep in mind that you can also shoot corpses before they revive.

Blighted Hearts, in their current implementation, are not final yet. Currently they act as an additional layer of health, with the added risk that gaining a second Blighted Heart will immediately kill you.

This game is currently unavailable

This game/demo's difficulty is stupid. I truly dislike this demo unfortunately smh.

It represents accurately the games difficulty and its simply to hard for you.

Where is gameplay demo

We made it invisible, as the Demo is very old and could create false expectations to the main game, which is released on Steam.

It looks amazing, it will be my next game when I complete the one I am playing right now, I am curious about this game development, how many people were involved? It is fully made in Unity (was the experience good?)?
Good job.

the core team was 2 people in a timespan of three years. And yes, we have used Unity as we already had experience with unity from the last two games.

Seen the full game was released on Steam. When it the itch version coming?

We  planned in one or two months.

Hi, loving the game, just wondering if there is a way to rebind keys. Thanks

Its only possible in the Unity Setup Menu right at the start. Currently its not possible the rebind keys in the game itself.

Thanks for using my music, please let me know if you'd like to work together on future projects sometime. :)

Yes, I love your music!!!! It is not too "retro" and not too "modern" for my taste. We have many tracks of your music in many stages! Have you seen, that there is a video with around 24k views? https://www.youtube.com/watch?v=Q-SAXeKTEZw

Thanks for the link, it's so cool to see the game in action. The game turned out great, very awesome! I absolutely love the retro, SNES-era aesthetic.

If we work together in the future, I could compose some custom music for the stages. I can also do quite a bit more than retro game music as well, that's just what I post here for now. Thanks again for using my music, it's always been a dream of mine to be part of a game-development team. You've made my dream come true. :)

I absolutely love this game, the gritty dark setting, the challenging 2D combat. It's one of the few games that could make me want to get better at, hopefully the full game will more challenging than the demo

Many thanks! The current stage is from the middle part of the game - so you will get a lot of more challenging stages.

Great! That's what I want from a game.

Really cool game in an awesome setting, saw it from an alphabetagamer post!  Definitely doesn't feel like just another platformer, hopefully you manage to get the game done. Demo felt way too short tho lol, should have at least a boss encounter.

Many thanks - yes alphabet gamer did a great job showing the game. There is a lot of feedback that we can work with :)

This was a neat game to play. Interesting idea and setting, and zombies are a lot scarier when you have a musket instead of an automatic rifle! (I'm too dumb to know what a powder charge is.) I couldn't quite beat the boss, but I did get close a few times. Best of luck with continued development on this game!

This game looks so funny. Wanna play it

This is going to be an AWESOME game. I love the muskets!

Reply
The GDWC2 years ago

Well you sure did your research and it was worth it! From the trailer to me actually playing the game I really enjoyed it! The art style in the game is amazing and the whole concept of the moon king vs. sun king is so cool!

Where did you find your inspiration for the art style? Or how did you decide to go with this style? :D

I don't know if you've heard of Game Development World Championship before (gdwc2019) but it's a competition for indie game developers where they can submit their games and it's free! It's great if you want some more visibility for the game and it only takes a couple of minutes to join :)

Really fun game. I got a little rage-y at the end there.

Many thanks   for the Video!

The game is not bad, there are various enemies, but the gameplay seems to be unfinished, the animations are strange, the collision boxes seem to be too big, both the player and the enemies.

Even off-screen Snipers shoot the player, as well as spawning enemies endlessly, all of which leaves the game quite unfair.

It seems that it is using very heavy effects of post processing, there is no drop of frames in the game, however my PC heats up a lot, as it is in pixel art and does not have so many light effects "at least I did not see many in the 3 phases of the game" , there is no need to use so many resources.

To your pause screen not for unity timeScale, everything in the game keeps on happening.

Watch this video that teaches in a very practical and simple way how to make a pause screen.

I love your art style, congratulations.

Many thanks. We have adressed many issues in version 1.2.

regardings the performance. You can change the setting in the  start up menu to a lower quality. This could help. We will start optimizing the Software when our game design is manifested.

I had a great time with the demo but I think there were a few things that weren't properly communicated, mostly, it seems, due to the lack of a tutorial. There seemed to be ladders all over the place that I just couldn't climb and an enemy type that appeared to be immortal while spawning new enemies. The lack of any progress saving checkpoints was a little tiring as well considering the overall pacing of the gameplay. It's a solid concept and I had a blast playing, just some general quality of life stuff.

Hi, thank you for your review and the time taken to note the very much  appreciated insisghts. Today we had a public testing at the German Dev Days and several users miskept the posts as  „ladders“, too. Something among many other observed details we are definitely going to fix. Same with the pacing.  Right now we intend to make the progress up to the final version transparent. So, if you like check in once in a while and judge wether or not we are improving.

And I forgot: the vid you made is awesome. This helps us.  We are a small two person enterprise and we played it while developping so often, that we need to see what other users feel like when playing it the first time. In Germany we have a nice word for this: Betriebsbindheit - working blindness. Very much appreciated. 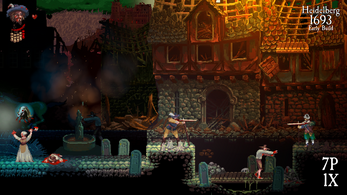 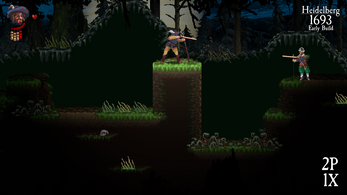 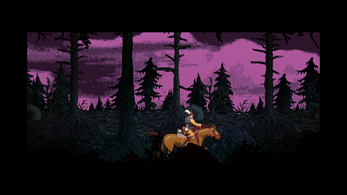 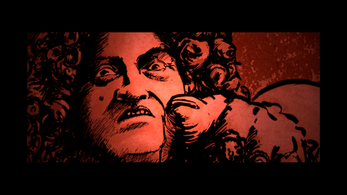 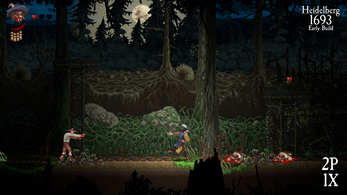 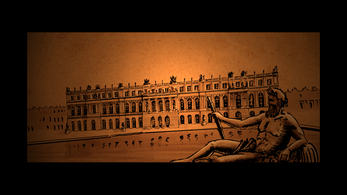